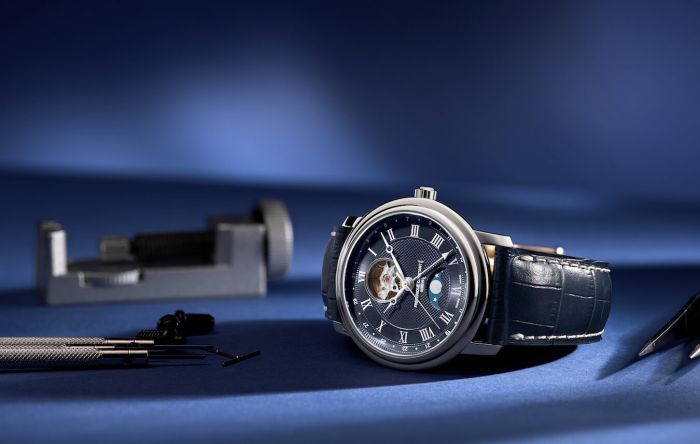 Frederick Constant refreshes his classic Heart Beat Moonfage date with a new model that boasts a rich blue dial emphasizing the most contemporary design of the watch. 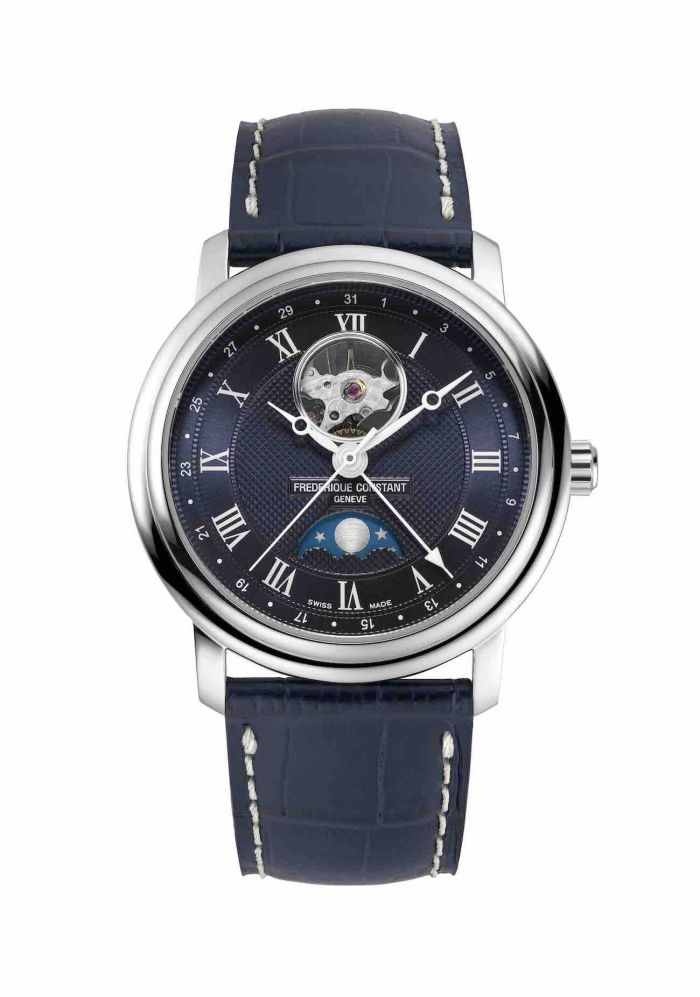 In this handsome update, the light blue classic Moon Phase display balances with a very modern open heart beat aperture that reveals a part of the movement – a long time Frederick Constant signature.

This delightful symmetry is one of the many pleasures that Frederick Constant reliably (and affordablely) provides with this refreshing design, which the Geneva-based manufacturer first debuted eight years ago with a light dial. 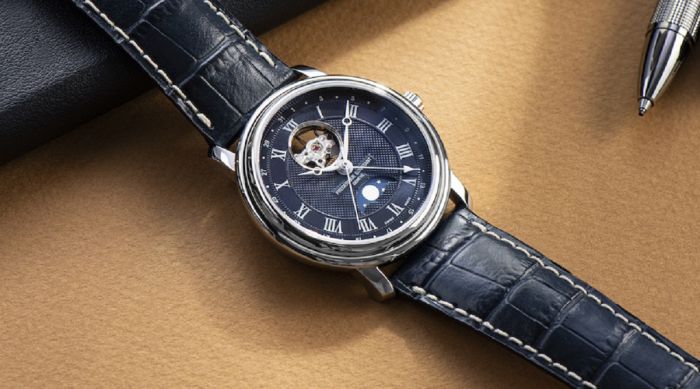 The 40mm steel watch allows the wearer to read the current munphase, time and date, and vibrates 28,800 vibrations per hour on a portion of the balance wheel within the heartbeat aperture. The display features the watch’s Celita-based automatic FC-335 movement, which is also visible through the sapphire back.

The watch’s cellita-based automatic FC-335 movement is visible through the back of a clear sapphire.

To maintain its visual balance, the watch has no third aperture for displaying dates. Instead, the fourth hand points its own arrow point toward the date, shown in a circle on the flange. 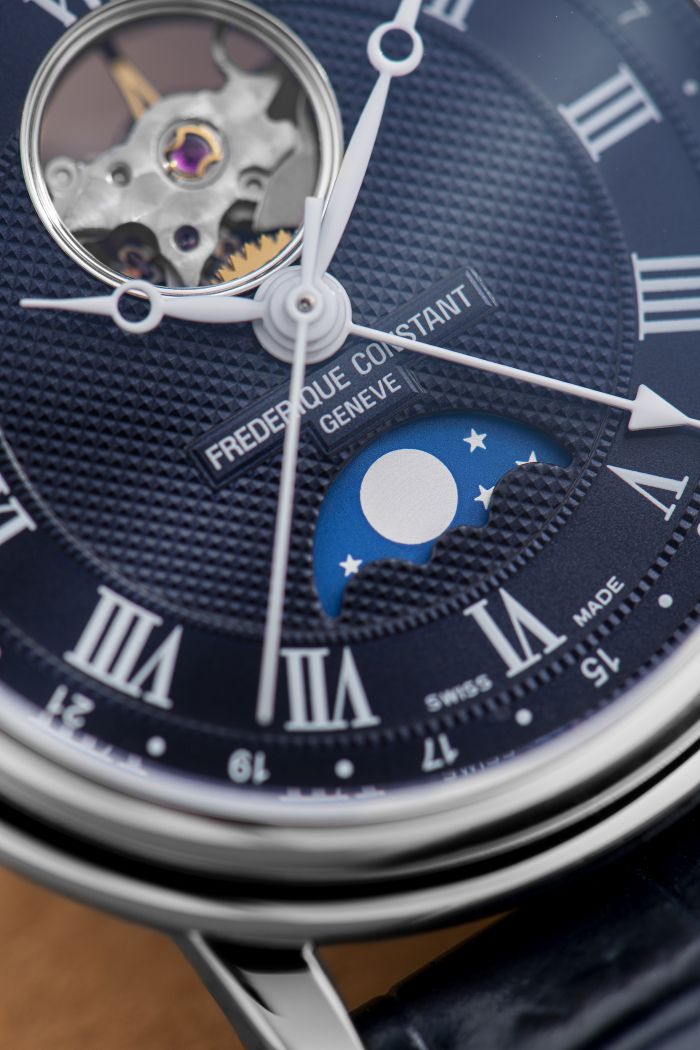 Clock rotation, hour, minute, date, and moon phases are adjusted to a single crown. Its four positions allow full control of the display. The first position winds the movement, while the fourth adjusts the time. In an amazing display of technical fluency, the wearer can change the date in the second position and the phase of the moon in the third position, as long as the hands are in the first position at 10:10. This protects the mechanism from being damaged. 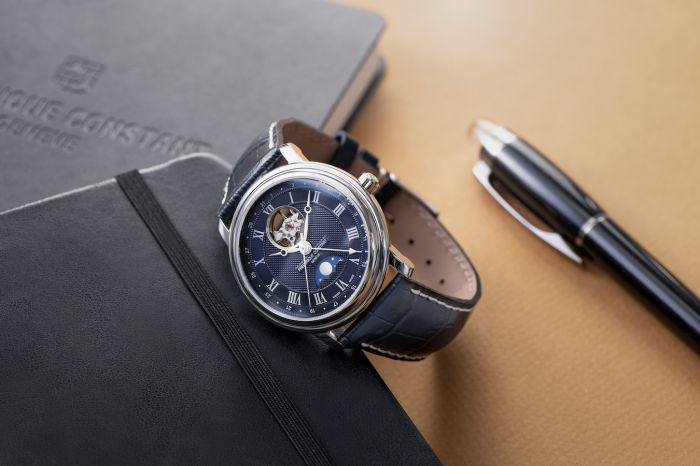 As is often the case with the classic models of Frederick Constant, the dial here is adorned with the Claude de Paris Giloche.